Week four is an exciting week for us as we both get to share in a way that is enjoyable. We hope that it is fun for you as well as helpful. Each fourth week, we will pick a topic that we both will address. You will be able to see both the male side and the female side of the issue. And although these differences will speak to both men and women, our goal isn’t to point out the difference between men and women. Our goal, just like our other posts, is to provide you with tools in order to be strengthened through purity. So we hope you gain a lot out of seeing our different sides of a topic aimed at the same goal.

It is also different for us because we are using something called, “Sprint Writing.” We set a timer for 30 mins, select the topic and write, non-stop until the time ends. Then it is just a matter of polishing it up, adding references or definitions that we later would look up and posting it for you. It is a great way to see how the Spirit directs us.

We would love to have your feedback in what you read. Seeing the differences in our views towards the same goal, how you connected to one or the other, or just something else that spoke to you. Feel free to comment, share and interact with us. It will help us all become stronger through purity.

And now… we present, “He Said/She Said”! This months topic is, “So Just Move.”

When I was almost in first grade, my father came to me and told me about a sport that he thought I would enjoy. I said I would give it a try and we signed up. Practice was called, then cancelled, called again and then cancelled again. I was introduced to my coach and to the game of soccer at my first game. I was handed a jersey with 10 other kids and was told to try and kick the ball in to that goal and don’t touch it with my hands. I went out there and became one with the mob that consisted of both teams and as the ball came close to me, I threw my hands up in the air so as not to touch it. But what I didn’t do, I didn’t go out and stand still, I moved. Granted I moved with the pack and just tried to keep my hands away from the ball.

Our intentions have to include direction, purpose and passion. If we don’t select a direction, then we will be aimless and wander all over the place trying to get nowhere. Our moving has to have a purpose. If there is no purpose, then there is no reason to move. And our moving needs to have passion. This is what will be the engine that gets us going each step.

Our moving needs to be with appropriate pace. Going too quickly can burn us out or cause us to miss something in the process. I love the scene in The Hunt for Red October after Captain Ramius has let his intention to defect be known and the Russian fleet is after him. On the American sub, The Dallas, the sonar man is telling the captain that a Russian sub is close with active sonar and traveling fast. They were sitting still and, of course, their first response is defensive, but the sonar man tells them he doesn’t think the Russians are looking for them. He says something to the effect, “At that speed, they could run over my stereo and not hear it.” Are you moving at a pace that you miss opportunities to make positive choices?

Just as going to fast may cause us to go past something, going slower than needed may cause us to miss something all together. Jesus tells us to be ready at night, for no one knows the time when He will return. Moving to slow to go to the Standard may be the reason that causes you to miss out entirely on His promises for eternity.

But just moving in itself is not the answer. You have to move in the correct direction. But you need to know what direction is the correct direction. If we met here in Colorado and I said let’s take a ride to Washington together and I get in your car, put the seat back and go to sleep allowing you to drive, you may start out driving, being all excited about our trip. But as you start to go, you realize that we didn’t actually clarify if we were going to Washington State or Washington DC or Washington, Ill. Now you don’t know if you should go East or West. So having the right direction is very important.

We have that direction given to us through the Bible. This is the source that allows us to know when to move and when to rest. If you have been living a life that is pleasing to the flesh, and you are seeing that the satisfaction is not what you thought it would be; If you see more destruction in your life instead of building; Or if you just can’t seem to muster up the energy for the day, then it is time to find the right direction, purpose, and passion through Jesus Christ. 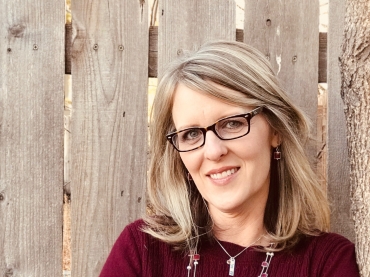 Right now I have a broken foot.  It happened in such a silly way.  No great tale to tell, just stepped wrong on a loose paver and WHAM-O…felt the pop and hit the ground.  That was on April 2nd.  It’s been nearly 4 weeks.

In this season of being injured I am learning new lessons and taking a careful look at life through a perspective that I do not usually have.  I’m a “go-er’.  I go.  I am active and involved.  But for now I sit, and as I sit, I am watching things decline all around me.  Housework.  Vacuuming and dusting.  Piles of stuff that need to go either up or down the stairs.  Dealing with the counter in the kitchen.  Oh that counter!

Because I can’t move the way that I am used to I have made compromises, hopefully just temporary ones, in order to make life just a bit easier.  For now.  But will that really be the case?  Will it just be for a short given season?  It seems so easy to just let the piles be there, to let the dust settle where it may and who cares about that part of my stinkin’ counter anyways.

Yet I care.  I know it’s not a good thing and I know it is going to need to be cleaned up.  What if I have unexpected company come over?  What if it gets to be more than I can stand, or more than I can handle?  Will I see it coming and will I be able to respond?  Maybe.  And then maybe not.

All I will need to do is just get moving.  Just one step at a time.  One chore.  One time down the stairs.  One piece of mail from the counter.

That’s what it is like in our lives.  We get hit with messiness.  A bad joke while we have lunch with co-workers.  The billboards on the roads as we are driving home, luring us to ponder and long for false satisfaction.  The conversation you overhear at the restaurant, grocery store or the best, at Walmart.  The language.  The topics.  Mental mud being thrown our way and we aren’t quick enough to know how or when to duck.  So we get hit.

Then there’s what we do to ourselves.  We compare and judge.  We gossip and speak poorly of others.  We want to feel greater than so we mentally put others below ourselves in order to, if only for a moment, think higher of ourselves than we ought.  This mess is intentional because we can control it.

Oh, but how I want to be better than all of that.  I don’t want the mud, the mess in my heart or my mind.  But how?  It’s the same concept.  Get moving!!!  We don’t have to get rid of all the junk in one moment.  What a mountain that would be.  I could never rid myself, by myself, of all my personal junk in one fail swoop.  However, I CAN take one step towards righteousness.  I can make one choice that leads to life instead of death and destruction.  It just.  Takes.  One.

One piece of mail off of the counter.

One pile at a time of clutter put away.

One moment of judging another and instead, seeing the best in them and looking at them with God’s love for them.

It just takes one thing to get yourself moving and once you go, you will already begin to see a difference.  There is no need to be afraid and there is no need to put pressure on yourself.  You will know.  God has given us such a unique mind and heart.  He has written His law upon us so that we would know right from wrong, godly from the ungodly and purity from impurity.

Ladies, I know that you desire to daily walk closer with the Lord.  I know that you are doing a good job.  But we are in a lifetime of refining.  It’s a never ending process.  There are things now that you would never have believed from 5 years ago, 3 years ago, 6 months ago, that you participated in.  Today, you would not be doing those same things, and you have changed for the better.  You have let God do the work in your life.  And yet, there is still work to be done.  There is no arrival here on earth for you or for me.  We just keep going towards Jesus.

In his gentle way He will give you the strength and the courage you need to set aside the sin that so easily ensnares you.  (Hebrews 12:1)  He will cleanse you of all unrighteousness.  (1 John 1:9)

He longs to see His face in yours so that He will be reflected everywhere you go.  He cares.  He cares for you and He cares about what you do.  You will not stumble or fall the way you used to.  (Proverbs 4:12)  And the best part is God gets all the glory.

What’s that “thing” for you today?  What’s on your heart that you are struggling with?  Are you willing to take action?  To move?  Is it something you watch or read?  Is it your thoughts towards someone in particular?  God promises that He will meet you, cleanse you, change you.

Don’t be afraid or frozen because you have failed before.  Today is the day.  Move.

Finding strength in purity. It's not our story, it's His. View all posts by Rob and Jenna Crenshaw