Be a real man! You know the image: cigarette box rolled up in the white t-shirt sleeve; hair slicked back with one curl hanging down over the forehead; blue jeans rolled up at the bottom; and of course the letter or leather jacket hung on the finger over the shoulder. Or take this image: clean fedora on top of a clean cut head with no sign of whiskers on the face; suit, tie and shoes shined to perfection to complete the ensemble. But what about the full beard hanging down the flannel shirt that is tucked into jeans that are covering rugged boots which reflects the one wearing them that can go through anything? What is your image of the “real man”? 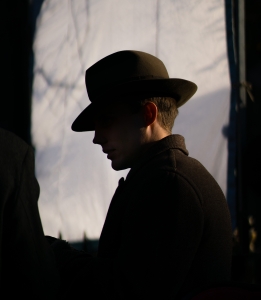 For each era, for each generation, each segment of people group, there is a version of the “real man”. For some, it is the farmer that can fix a fence, tractor, combine or anything else with just a pair of pliers. For others, it is the CEO of a Forbes 100 company. Some see those who could survive the wilderness with just a few items as real men, enter Bear Grylls. Some see the suave, smooth, sophistication of James Bond as what it takes to be a real man. One thing we can all agree on, is that no one see Pee Wee Herman as a real man. (If you do, I would love to have a conversation with you.)

But there is a definition of a real man that does not change with time. It doesn’t change with location. It won’t change from people group to people group. This definition sets a high standard that hundreds and millions of men have tried to achieve, but have not attained. In fact, in the history of time, there has only been one man to meet the standard of what a real man is supposed to be. Everyone else falls short. Period!

Too many times you hear the phrase, “Be a man!” What does that mean? It is usually used when you aren’t being what the person telling you to be a man thinks you are supposed to be. It is very vague. What it means is influenced by things of this world: culture, family dynamics, experiences, and many more. Too many boys are told to be men but are never shown or taught what it means. Sometimes it is accompanied by, “Be tough.” Which is tougher? Forcing yourself to not cry a the loss of a child or openly grieving in the midst of social, environmental, and family pressures?

Jesus, the only one who has met the standard of a real man, laid out what it means to be a real man, in part, in what is called the Sermon on the Mount. He sets the standard at a level that is impossible to reach, not to discourage anyone, but to give you a goal that you will constantly be seeking to work towards. And it is because of this that He starts with describing someone who recognizes that he is in need of help, specifically, God’s help. As much as another man may help us, we need God to be our ultimate help.

In order to be a real man, after you recognize that you need help to do what you are called to do, (be a man), then it is a matter of seeing your faults, or sins, as what they truly are: harmful to God and to others. Realizing these two things changes your approach to others. Instead of asserting yourself, your power, or your strength on others,  you will instead use your strength to help others. This leads to a desire to learn more. Jesus describes it as “hunger and thirst for righteousness.”

A real man will see the mercy and grace that has been given to him and then will also extend those to others. His heart will be changed to not allow times that go against any of these things. Even times of self-reliance will come to be foreign to him more and more. Their focus will be on the well-being of everyone, not just their own wants.

But the One who created you created you specifically, and desires that you use the gifts He gives you to be set apart. And in your uniqueness, you are to become Christlike. Not a carbon-copy or rubber stamp image of something else, like the world.

Jesus puts it this way:

“You are the light of the world. A city set on a hill cannot be hidden. Nor do people light a lamp and put it under a basket, but on a stand, and it gives light to all in the house. In the same way, let your light shine before others, so that they may see your good works and give glory to you Father who is in heaven.”  – Matthew 5:14-16

So go, be a man. Be humble. Look out for the wellbeing of everyone. Admit your faults. Be willing to change. Use your strength for other’s benefits. But most of all, remember the One who created you is the One to follow. 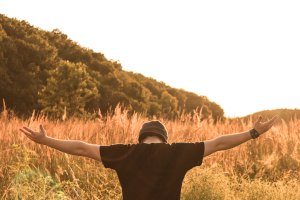 After all, He has already walked down that narrow path and He has made a way for us! He has already shown us what it means to be a man. He has given us a target to focus on, to aim for, to seek and to find.

“Everyone then who hears these words of mine and does them will be like a wise man who built his house on the rock. And the rain fell, and the floods came, and the winds blew and beat on that house, but it did not fall, because it had been found on the rock.” – Matthew 7:24-25

Someone who is doing his best to live purely for Jesus, be the best husband to his wife, best father to his children and then go from there... View all posts by Rob Crenshaw